Thoughts for the road 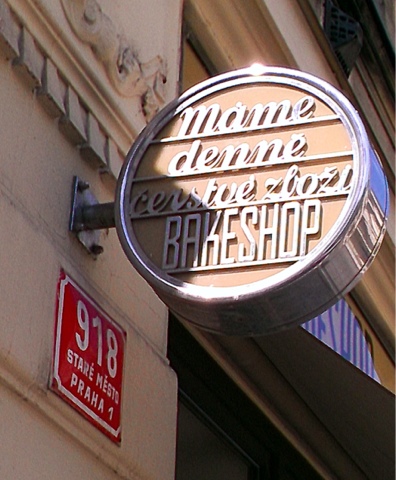 After three weeks on the road some random observations, quirky thoughts and a thank you or ten.

It doesn't matter if you are at the equator or not, in the summer it is hot. Singapore is just a bit above the equator, certainly as close as I have been. It is in the low 90s there every day all year. It is also as humid as I have ever experienced. But it was even more brutal in Vienna and Prague. Just brutally hot all three weeks. The greatest service invention ever is free laundry at hotels. In the Sheraton in Singapore and the small Hotel Louren in Prague they give you that lovely service. I booked the Louren because it had air conditioning and it was a good choice. Otherwise I would have slept even less. Add in the weather at home before I left and I have seen over 90 ever day for over 6 weeks I think. All this is a long way around to saying that I was silly to bring jeans on this trip as I never wore them.

Public transit is awesome. As someone who has a long commute by car (the only option) and rarely gets to take a subway, tram or bus it has been great fun to have great mass transit at my disposal for three weeks. In all three cities the service ends at midnight, so without giving too much away (really about how boring I am) I think I have only done cab rides to and from airports (3) and two or three late nights. Otherwise I was walking or riding and haven't driven a car since July 12.

Tourist passes are great inventions and used them in all three places. The quirky thing is where you can buy them. In Singapore they make you travel one station in either direction from where I was to get the pass so you had to waste a fair. Same in Prague except the hotel sold them. Not sure why you can't just get them in the machine. By the way Prague you have to retrofit the machines to take the new 50 karuny coins. 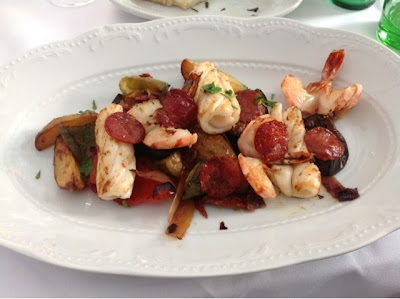 Street food in Singapore is the best though obviously exists everywhere. Danieli in Vienna is my fav Italian restaurant anywhere as weird as that seems. See above for an example.

I have been making halusky wrong for years. Need sauerkraut not spinach, but might not ever change.

No need for a camera as between my phone and ipad I think I got great photos of the journey.

The Austrians are as proud of their wine as the Czechs are of their beer. Both are right.

The street cafes in Prague close at 10 PM. There are some interior courtyards and beer gardens open late. The beer garden in Vinohrady is a gem.

The coffee everywhere has been universally excellent and I am very picky. The Bakeshop Praha on Kozi is a marvelous institution and I have visited here for many years. The new owner is doing a great job maintaining this gem. The original owner, a wonderful American woman who came here right after the revolution, passed away late last year in London. RIP Anne Feeley.

Too much graffiti in Prague, too little in Singapore.

Looking forward to reading Catherine Schine's new novel "Fin and Lady". My friends who already think I am too nerdy will groan that I brought and read so many academic books. I have gotten used to reading on the iPad and appreciated the company from old friends Phillip Kerr (Prague Fatale) and Robert Littell (Young Philby, largely set in Vienna).

There are many thank yous to give. Riley Ohlson and Silvia Romanovich for fitting me into their respective travel plans and introducing me to some super folks in Prague, only sorry they never met. NK KT and Rodney for taking time from their work to show me some of real life in Singapore. The group from CGU including Tim Howard, Ankur Mehta, Carlos, Neim and many students and faculty who made Singapore such a fulfilling experience. Common Ground publishing who hosted the conferenceon social sciences at CharlesUniversity. The folks from the hotels in the three cities and London who kept me clean and sane. All the folks from home who have read and liked my posts. And Meghan whose infinite patience and indulgence made this adventure (and everything else) possible. 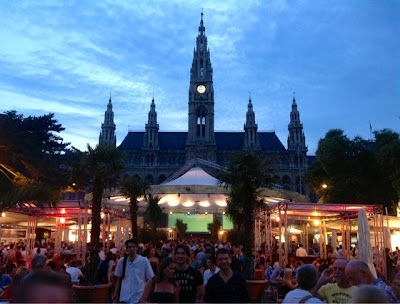 I am listening to a giant thunderstorm in the middle of the night and ready to be home. Soon, but one more stroll before I go.