Here are some Labor Day thoughts from some folks whose ideas and talents I truly admire ...

The New York Times on Wages and Interest Rates

The President takes action on Paid Sick Leave while in Boston 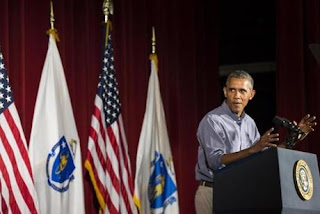 Show Me a Hero

There are three issues in US politics ... money, race and gender. Everything falls into this framework or across the issues. The campaign of Donald Trump, fueled by the fear of the immigrant and the mass resentment of working people offered a simple scapegoat for their economic stagnation. This is not a unique scene in our political landscape. We've seen this over the decades with Fr. Coughlin and Huey Long, with Strom Thurmond, Lester Maddox, George Wallace ... not to mention the 19th Century "Know-nothings" and other racist tendencies.

The most painful episodes are when these figures pit one group against the other. This is the story behind the recently concluded HBO series. It is a must watch for anyone interested in politics, urban affairs, housing, race and gender. The story follows the fight between the City of Yonkers, NY and the Federal courts over a housing desegregation plan which required the city of 200,000 plus to build 200 units of low income housing and another 800 units of affordable housing in various predominately caucasian neighborhoods.

Like the Forest Hills controversy in Queens or many of the busing controversies in the 1970's this issue pitted middle class homeowners against the poor and working poor. Be it Mario Cuomo or Tom Foglietta, some admirable public servants emerged from these fights. They had careers that took them to national prominence or Congress ... or in some of the names above ... infamy. In Yonkers the story shows the same type of positioning by politicians, leading the charge on behalf of the white residents until the city's intransigence forced municipal bankruptcy and contempt for members of its Council. 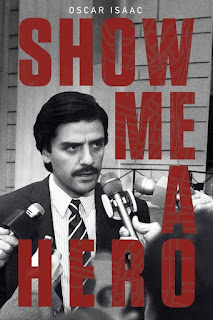 The main character in the study is the one term Mayor and multiple term councilman, Nick Wasicsko.     He enters the story as an opponent of the housing plan. Over time, as the constraints of the system overtake the actors, he becomes one in a line of politicians that realize that the city must accommodate the court's order and build the housing. Even his successor, who ousted Wasicsko on the basis of opposition to the project, eventually must make his peace. He too loses and is followed by another one term Mayor, consumed by the challenges of urban America.

The six hour series was done by David Simon, the creator of The Wire, and his writing partner, William Zorzi. They make even mundane City Council meetings, gripping drama. As he did in The Wire, Simon and company show the struggle for power between the vain and ambitious, between the venal and the courageous. He paints the good and the bad of the urban experience. The crime, the hopelessness of poverty, the violence and neglect are contrasted with the struggle for a better life and a peaceful way forward.

The show also depicts the capability, or not, of political actors to let go. How can you live outside the limelight once you have been at the center? I have seen this in my own career (nine years as a local elected in Massachusetts). I know people who can't let go and those that have and need to make a clean break. There is nothing quite so disaffected as a former elected watching and questioning the every move of their successors, even knowing that they are making fatal mistakes. There is a scene toward the end of the show where Wasicsko goes to the newly built town homes, now occupied in large part by former residents of horrid high rise public housing. He starts knocking on doors trying to engage the residents thinking they would remember him and the sacrifices he made on behalf of the project. They have no idea who he is or what he wants from them. He is hurt. Forgetting that you can't do the work for gratitude, but for the intrinsic value of the work itself.

This is a beautifully done series. Sharp and smart and candid. The title comes from a quote from F Scott Fitzgerald ... Show me a hero and I'll write you a tragedy. Watch it and enjoy. Think about what we need to do to pull together to make life better for all without the resentments and conflicts and ignorance. As we watch the drama unfold in Europe this week, another reminder that we are tied together in a common humanity with the urge to make things better for ourselves and hopefully for all our neighbors.