Not Greece but rather Belgium

The continuing government shutdown has real impacts beyond the symbolic, in several states there have been closures of Head Start programs, Arizona is suspending public assistance, several government contractors are furloughing their employees, Governors are scrambling to sustain programs where federal funding is in danger and the list goes on. 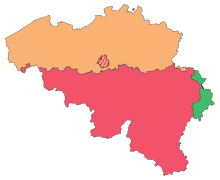 In past years we heard on and on about how the federal deficit and debt was going to turn us into Greece. It couldn't possibly but that is a discussion for another day. In fact, the government shutdown is turning us into Belgium. A few years ago Belgium set a modern record for the longest streak without a government. Well, without a permanent government. Te election of 2010 resulted in a very diffuse vote and many parties held seats in Parliament. Belgium is complicated because of linguistic, political and regional differences. All you really need to know is that the BIGGEST party got 17.5% of the vote. So the country was ruled by a temporary government for almost two years. 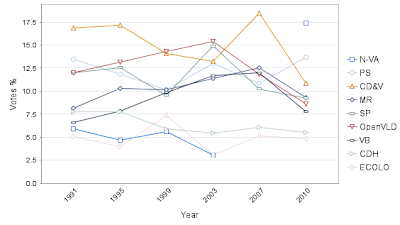 They became a sort of dysfunctional joke and even though the EU is headquartered there, Belgium had no real influence over anything. Which is what crossed my mind when President Obama was forced to cancel a trip to Southeast Asia. The meetings will be dominated by the Chinese and it will diminish US influence a bit at a time where our leadership is needed to show the example of democracy to Indonesia, Malaysia and Brunei. Except we come off like Belgium. Too splintered to show anything. Some politicians too concerned with the appearance of power to actually recognize that they have already won everything they could rationally want and more. The cuts to the federal budget over the past year have brought the deficit down hard and fast resulting in slower economic growth than target and higher unemployment than could ever make sense.
Posted by Ben at 7:19 PM No comments: