I am outlining a work on public policy focusing on a theory of public policy constraints, meaning what limits are placed on the discussion of policy solutions based on what is acceptable within the political, economic and social environments. I want to illustrate this with a discussion here of homeownership policy. In a subsequent post I will use the same framework to discuss the last phase of the debate over college loans.

Gretchen Morgenson has a piece in Saturday's NY Times (August 11) on the Administration's proposals related to the secondary mortgage market. She makes the point (primarily that there are many details still to be revealed by the Admin and the Senate which is working on a bipartisan solution), that in mortgages there are two primary types of risk; default risk and interest rate risk. Fannie Mae and its little cousin Freddie Mac are in the business of providing secondary support for the mortgage market. As banks provide mortgages that meet the underwriting requirements of the firms, they purchase the mortgages which provides a fee for the banks and further liquidity to make more home loans. 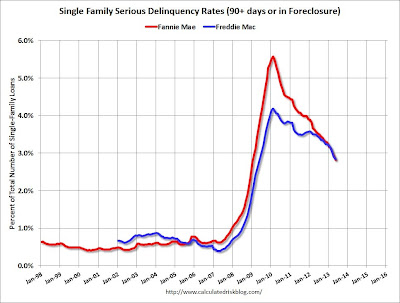 The firms went public and had a Board and management that operated them in a "for-profit" manner. They got into serious trouble last decade as their portfolio of Mortgage Backed Securities (MBS) ballooned. Apparently the Board was concerned that they were losing market share to firms actively engaged in the sub-prime market. Since they were prohibited from purchasing loans from that segment they instead purchased MBS which tanked in value as the housing bubble burst. To compound the problem, Fannie and Freddie were highly leveraged and nobody thought to point out the difficulty of a business model that involved borrowing money to buy risky bonds. As they went under in 2008, the Bush Administration stepped in and seized the firms resulting in overwhelming government ownership of the entities. Even though there was no explicit government backing of the firms, the government determined that the impact on the housing market and the economy would be too bleak if they were left to fail. The government injected significant capital into the firms; and after a few years the firms are now repaying the government at a fast enough pace that there is a good chance of a profit.

The fate of the firms has improved because of the decrease in the default rate on loans as shown in the figure above. The firms have a commitment to repurchase mortgages that they package into securities if the mortgages fall into delinquency. With less delinquencies and stronger numbers in the housing market the firms are strengthened and profitable. This is despite the fact that with the crash of the housing bubble Fannie and Freddie were responsible for almost 90% of the underwriting of the market. The credit crunch after the crash meant that the private market for secondary mortgages dried up. With Fannie and Freddie under government control the mortgage market was able to recover even after the devastation of MBS and other forms of securitization.

Given strong quarterly results they are paying substantial dividends to the government. Yet, the President and Congress are working on proposals to return control to the private sector. It is not entirely clear how much of the slack the private sector will be able to absorb. The interesting question is why? Given the progress and stability of Fannie and Freddie under government control (which is how they started many years ago) why is there concern about ending that steady hand? This is the point of the concern about constraints. In US policy discussions and the development of solutions, why have the government do it if the private sector is willing?

This prejudice against government activity smacks more of ideology rather than analysis of what works for the public. The US Government supports the market for homeownership in a thousand ways big and small. The imputed rental value of owner occupied housing (wonkish), the deductibility of mortgage interest, the deductibility of property taxes, some purchase expenses, the capital basis of housing investment, etc... are all valuable means the government has for participating in the market. They represent a subsidy for the ownership of housing at the expense of those that rent (and the benefits largely to those with high incomes that can itemize). There are some small programs that subsidize and encourage the development of affordable housing, but the major constraint in this area, as well as others, is the prejudice against overt government action. It is fine if government support comes through tax expenditures, just don't have government do something where there is a potential profit to be made by the private sector. And oh by the way, it is fine if you keep the government in the business of guarantees so they can help insure the private sector risk. As Joe Nocera of the NY Times points out, Fannie and Freddie are very effective at both the underwriting risk and the interest rate risk. They can afford to hold the mortgages and hedge risk so the value of their binds does not crater as interest rates rise. Why foist this problem on the private sector only to come to their rescue when the trouble starts?