Greece and a Moment for Hope

There was a bright moment this week as voters in Greece opted for radical change from the course that has crippled Europe since the beginning of the economic crisis. The election of a government lead by Syriza, as well as a decent showing for other center-left and leftist parties, holds up hope that a democratic movement might grow across Europe to fight austerity and provide an alternative to the cynicism and despair of the radical right. 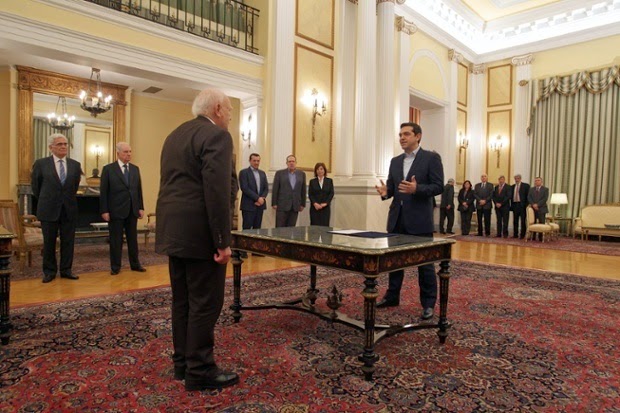 But there are those that would stand in the way. The Troika (EU, IMF and ECB) lead by voices from Germany rail against the demands for lessening of the mutual economic destruction pact that is represented by arbitrary deficit goals. In the case of Greece and other countries, the assistance from the Troika to stave off default on sovereign debt came with crippling restrictions. The result has been internal devaluation (severely lower incomes), high unemployment and mass misery. The parties of bigotry, such as the National Front in France or Golden Dawn in Greece or UKIP in the UK, have an appeal that capitalizes on the anxiety of people suffering at the whim of the distant (seemingly anyway) powers.

The parties of the left that have tried to make their peace with austerity have suffered at the polls. Some have suffered division or worse (Pasok the former governing party of the left in Greece is a shadow of its former self). Can the other parties looking at a general election such the Socialists in France or the Labour Party in the UK learn a quick lesson from Syriza and support their cry for a people oriented solution to stagnation and speculation? The next steps by these parties may tell the tale of their fate in elections soon to come.
Posted by Ben at 6:20 PM