Deflation and the current economy, Part I

As part of The Great Moderation mainstream economists thought they had rid themselves of the scourge of inflation. Since the double recession of the early 1980's the US inflation rate has operated within a band that did not cause policymakers to react harshly to price fluctuations. In fact, the Federal Reserve has acted in order to prevent the rise in price level (see late 1980's and 1990's increases in interest rates). These actions which constrict the money supply are designed to increase interest rates and raise unemployment. All in order to hold the line on prices. 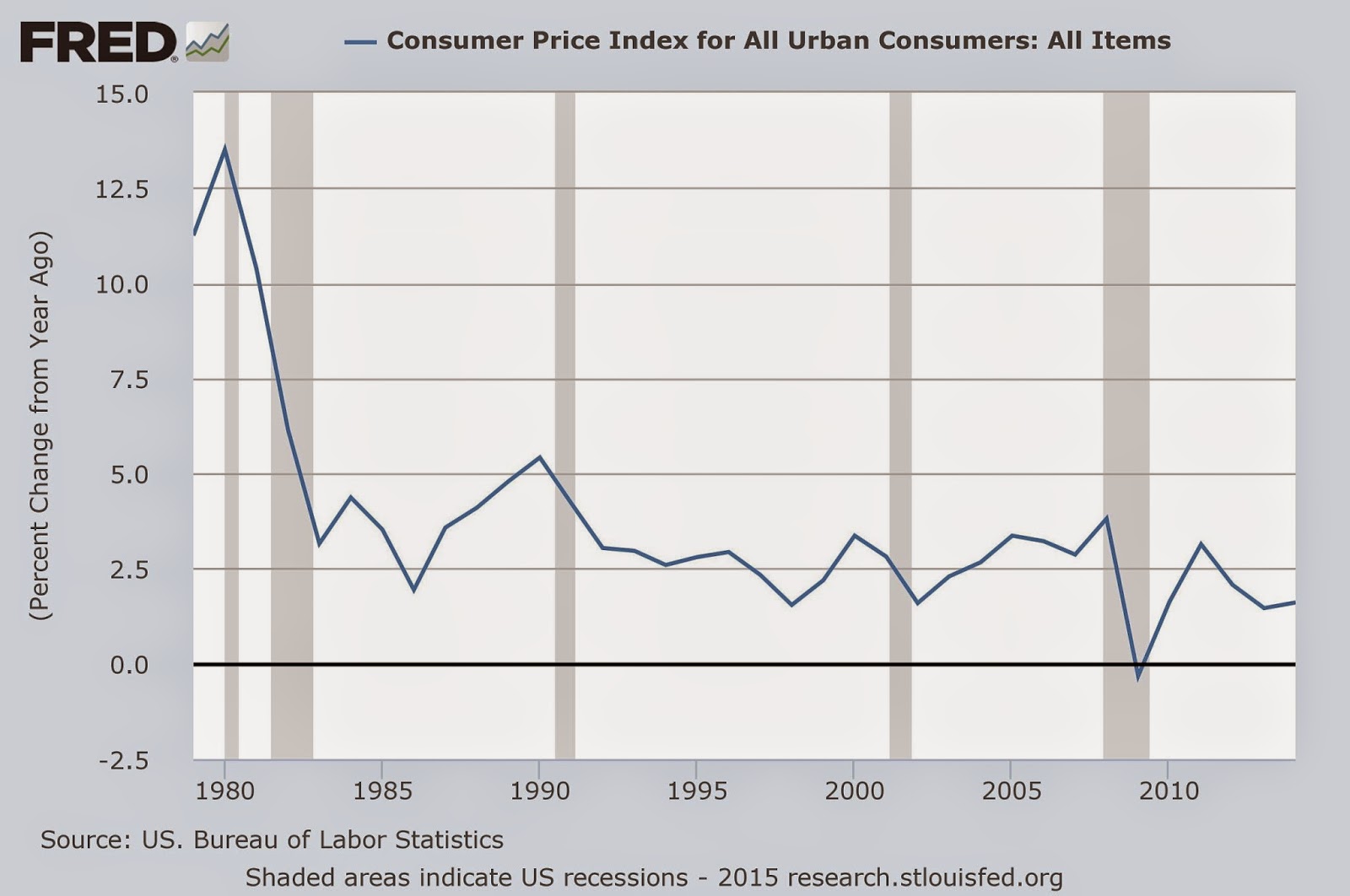 Since the technical great recession ended in 2009 the thrust of central bank action in the US has been to try to get around the monetary policy restrictions of the zero lower bound by trying extraordinary action called Quantitative Easing (QE). This involved purchases of government bonds and mortgage backed securities, a process that ended last year. The hope is that the increased purchases would help lower longer term interest rates and spark investment in depressed areas of the economy (housing) and business expansion. Its effectiveness is still under debate.

Other parts of the world basically rejected that approach. Until now. The European Central Bank is working this week on a plan to engage in its own form of QE. But as always they are cowed from doing the important things correctly because of pressure from Germany. Why the concern? Deflation. Yes, a spectre is haunting Europe (and the rest of the world). Deflation. As we see from the above chart of the US we have been seeing disinflation here … lower and lower rates of inflation. We are on the path to deflation too.

Why the deflation? Because of the premature rush to austerity that the world engaged in since 2009 economies have absorbed that by lowering public expenditures, lowering incomes and lowering prices. So the problem with deflation is that it means lower incomes too. This is what has plagued Japan (much of the period since 1990 has seen low rates of inflation or outright deflation), Europe and perhaps soon the US and China. 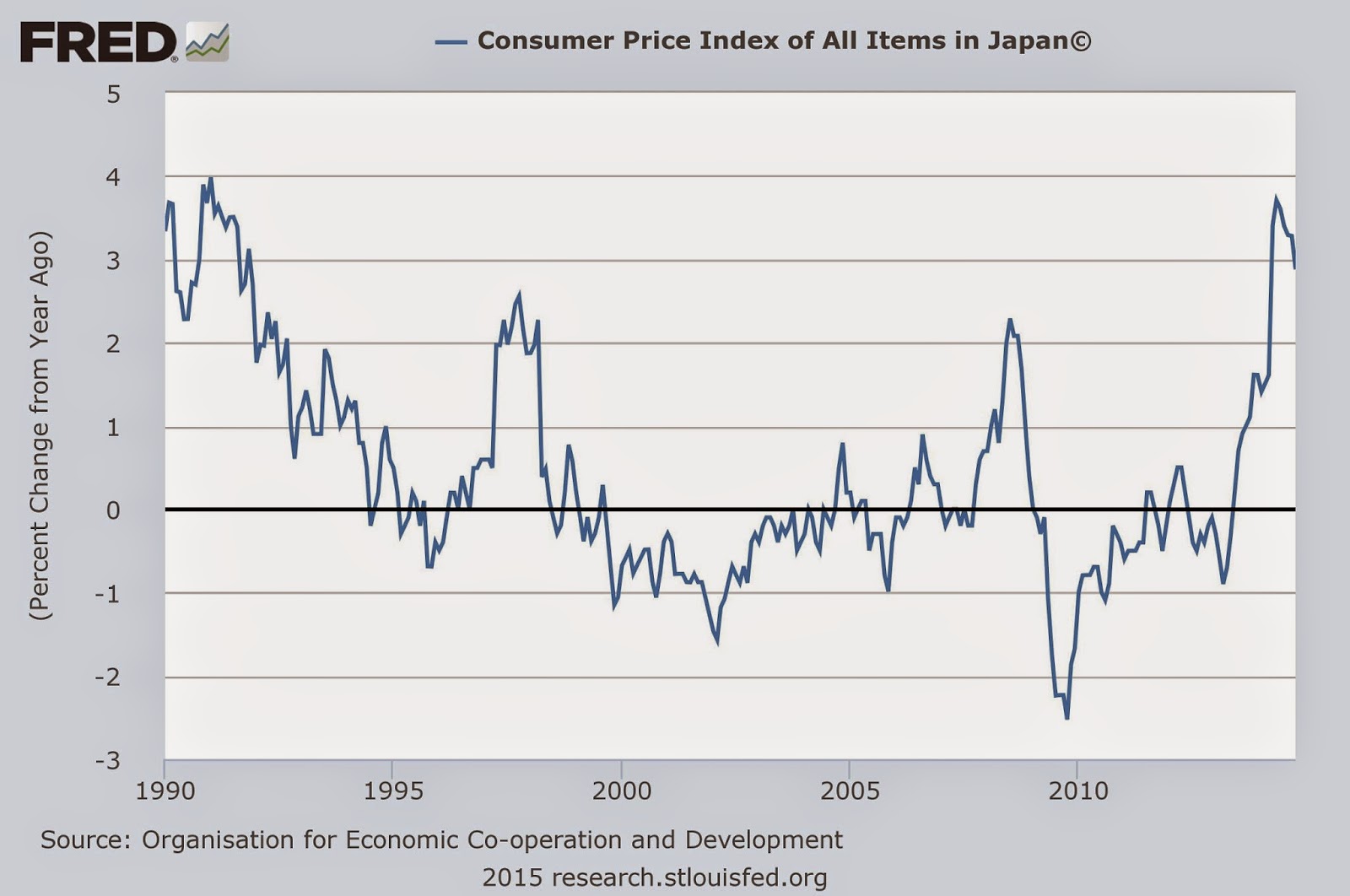 This problem intensified The Great Depression. It is now wrecking the living standards of Europe particularly in those countries suffering from internal devaluation. Remember that the same people that thought that inflation was a solved problem came up with this cure that is looking worse than the problem. What can we do about this?