ASSA 2015 and the intellectual fight against inequality

At the annual ASSA conference this past weekend in Boston there was an excellent panel called "Debating The Minimum Wage" and it was one of many such panels this year concentrating on the broad set of issues that define the issue of inequality. The subsections of the ASSA including URPE, the Association for Evolutionary Economics and The Association for Social Economics were very aggressive in this thrust. Why? Certainly in part because of the phenomenal impact of Thomas Piketty's book "Capital in the 21st Century". In fact there were at least three panels devoted to just this book. This is exciting as it means the professional economics profession is focused on the issues of the growing chasm of inequality in the US and the response. 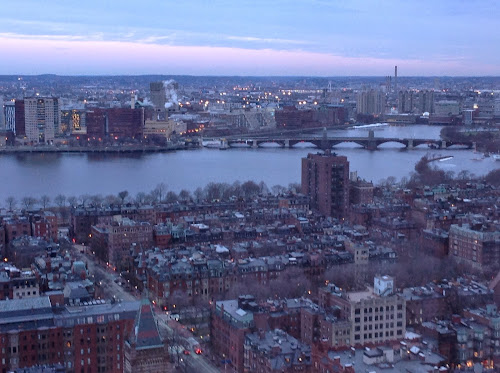 In the panel under discussion, John Schmitt (The Center for Economic Policy Research), David Cooper (Economic Policy Institute) and Robert Pollin (University of Massachusetts) all presented research and analysis about the impact of the minimum wage on employment. The discussants were researchers in the field and represented the "mainstream" views on the issue. It breaks two ways ... those that see a measurable effect on employment (negative) and those that see a small amount of impact or insignificant impact.

Schmitt, Cooper and Pollin all have excellent approaches to the examination of the impact of the minimum wage. Cooper shows how an increase reduces the reliance on reliance on social safety net programs. Schmitt explores the conflicting literature in employment impact to conclude that the unemployment impact is negligible. Pollin and his colleague explored how food service companies could absorb a $15 minimum wage over time with minimum impact on employment. As is always the case with academic discussions much of the time is spent debating methodologies with the discussants and panelists tossing phrases back and forth that loses all but the most knowledgable researchers (two stage fixed effects model anyone?).

The most interesting point I found was the political and policy nature of the papers and discussions. These weren't exercises in refining abstract models of economic behavior but rather a debate on the real world impact of public policy that has a foot in the economic realm. Why only a foot? The unaddressed issue is why we have a minimum wage anyway and what does that tell us about microeconomic theory.

As I write elsewhere, in liberal democracies we depend on the market to allocate most economic resources and we reallocate those resources when we find a failure of the market. By market failure we mean that resources are not distributed in a fashion that society views as appropriate. Pollution transfers costs from a producer to the general public allowing the producer to capture profits above what is justified based on value. Another example is a monopoly which transfers consumer surplus to producers. In labor markets firms are the consumers of labor, they hire people to do specific jobs. But sometimes they hire people at wages which society deems as to low to maintain a minimum standard of living. It is a market failure. We offer a social safety net to compensate but starting in the Great Depression we pegged a specific wage from which employers must only move up. A minimum wage.
The question remains as to why conservative economists and policy makers are concerned about the potential employment effects of the minimum wage? In this model we have decided that the minimum wage makes up for a flaw in the market. Meaning that if the justifiable wage for a specific job is below the minimum, society is making the determination that the work is not worth doing. Why would they object to society adjusting their peg over time to account for changes in assumptions about a minimally acceptable return on work? It seems as too often the case is that the judgement on policy prioritizes politics over philosophy/morality or even microeconomic theory.

As the theoretical and practical policy work continues on the problem of inequality, we can't forget the other basis for judging policy, does it get us to the society we want? The minimum wage has become a critical element in the political fight over actions to reduce economic inequality. We need to discuss other actions which would help the economy and help us achieve this critical policy goal.

Posted with Blogsy
Posted by Ben at 10:46 PM