Rent seeking behavior and the economics of commodities


I am taking a small break from writing about Singapore to draw attention to a major story that appeared in the NY Times over the past few days. It appears that Goldman Sachs has been operating Metro International, an aluminum warehousing operation in a manner that inflates the price of the commodity in a classic illustration of "rent seeking". The activities described if accurate, account for high profit and low value added activity, shifting costs to customers and consumers.


In Microeconomics, we teach students that there is no profit in the long run. We make this counterintuitive claim because profit is different in an economic sense than it is in an accounting sense. In accounting profit is the net of revenues and costs, But in economics we are concerned not just about those costs but also the opportunity cost. This is the cost of forgoing the next best opportunity. Meaning that if the accepted rate of return in the economy is 5%, then anything below that is a loss. In the long run we assume that firms can't exceed that rate of return because if there are opportunities for higher than normal profits then firms will enter the market and drive down returns (given a lack of barriers to entry, meaning free entry and exit). There is an incentive then for firms to try to create profit by manipulating markets or government to capture higher than normal profits, economic rent. 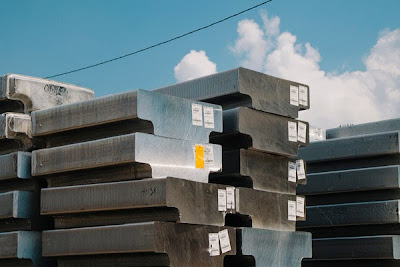 In the Goldman Sachs example, the Federal Reserve gave permission for banking institutions to speculate in the commodities market in 2003. Goldman subsequently purchased Metro International which offers warehousing services for aluminum. According to sources cited by the Times, Metro has significantly slowed deliveries of the commodity, at the same time they make money charging rent to customers for warehousing space. The amount of material under the control of Metro has skyrocketed from 850,000 tons in 2010 to over 1.5 Million tons today (it was less than 100,000 tons in 2008).

This is rent seeking writ large. The Federal Reserve has to decide over this next year whether it will continue to allow the banks to control commodities. It is obvious that Goldman does not need aluminum for its operations (nor do the banks like JP Morgan Chase which is trying to do the same for copper), yet they have identified a way to capture profit by simple financialization. There is no value added to the customers, there has been no operational or technological improvement by their ownership just more money flowing to the pockets of execs at the banks at the expense of other businesses and consumers. They manipulate markets and regulators to allow them to capture above normal profits, rent seeking.
Posted by Ben at 10:18 PM