What happened in Michigan?

Michigan, like some hanging chad from an earlier election, has yet to be called by the AP and other news organizations. In the midst of the Electoral College upset on Tuesday, I went looking deeper into the numbers there to see if there were simple answers as to why Trump carried Pennsylvania, Wisconsin and perhaps Michigan (given that the re-canvas may change the results but it won't change the overall outcome of the election).

Critical to Democratic chances in Michigan is a strong showing in Wayne County that includes Detroit. There the obvious problem was a decline in voter turnout since 2012 where total votes cast went from 820,654 down to 779,971. Moreover, the Obama total of 595,846 slid to 517,447. Some have focused on the growth in Green Party vote in the state as a problem but I find that to be a thoroughly weak minded argument. The fact is that in Wayne County the Clinton vote was down 78,000 votes from the Obama total and Stein only received 5,000 more votes there. Moreover, the Libertarian Party (who wasn't on the ballot in 2012) received 18,753 votes way up from the scattering of write-ins they received in 2012. But the total write-ins also went up this year to 5.545. As did the blanks (meaning ballots that had no preference) which increase three-fold to 5,687. Finally the Trump vote increased over Romney by 15,000. All told the Clinton vote in Wayne was 66% of the true total (include blanks) down from 72 % in 2012 of the true total. 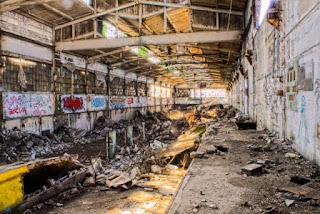 So most of Clinton's loss was a decline in turnout, increase in Trump support over Romney and a softness in the Clinton vote in all possible categories ... blanks, write-ins, alternative candidates. So why did this happen. Well, a good authority would be Wayne County Member of Congress Debbie Dingell of the long-time political dynasty in the area. Her Washington Post op-ed tells a tale of ignored working class voters that doomed the campaign. The punchline for the Michigan analysis is that overall turnout in Michigan was up in 2016 from 2012. There were over 92,000 more voters statewide casting ballots. The Clinton total was down over 300,000 from Obama. This wasn't an issue of third parties. Over 87,000 people took a ballot and didn't vote for President in Michigan. It was an issue of not running a campaign that got people's attention and made them feel that you were on their side. This is the inescapable conclusion. More on what that meant in coming days.
Posted by Ben at 9:57 AM