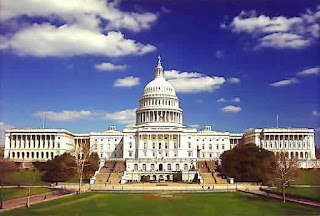 Strange positioning occurring in Mass regarding the temporary appointment of a Senator to replace John Kerry once he is confirmed as Secretary of State. Congressman Barney Frank has indicated in recent days that he is available for the appointment which would bridge the period from Kerry's resignation (which hash't happened yet) and the special election which would be a few months later. Sources tell me that the front runner for the Governor's nod (its his appointment) is former Admin and Finance chief Jay Gonzalez. I am hearing from fellow Mass progressives that there is some momentum for Barney Frank and that the Globe will endorse the idea in the morning edition. Personally I think Barney Frank would be among the best qualified people in the country to fill the role (let alone Massachusetts). I can't imagine what political consultant Doug Rubin was thinking when he dissed the idea of a Frank appointment, but Rubin isn't  Congressional scholar so who cares.
Posted by Ben at 11:40 PM